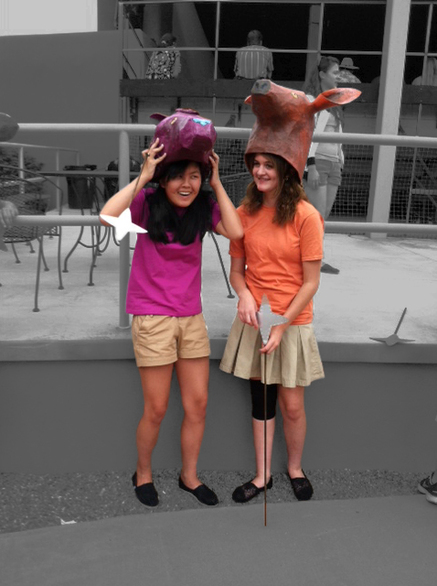 An interactive presentation
A pre-recorded scripted episode is shown on a wide-screen monitor at the beginning of the presentation. The emcee explains how 2 VERY SPECIAL KIDS in the audience have been picked to GET LOST in the scene of an Opera! They are given directions from the Stage Director. After the 5-6 minute introductory part of the pre-recorded introduction is shown, the curtains of the REAL OPERA are drawn and the specific scene slated for that day’s episode are then revealed in its full glory. Only unlike the usual performances of this production, our NEW HEROES are highlighted (with special lighting for the audience to follow their journey through the actual opera onstage, in the orchestra pit, or with the stage hands backstage). As the curtain comes down on the scene, we see a pre-recorded wrap-up of our heroes’ re-entry into “civilian/audience“ life.

Result
Two people, who do not ordinarily attend the opera, are swept into the drama of an actual performance of a scene from a real opera. By experiencing the pomp and pageantry opera offers, our “heroes” get to learn and actually experience the excitement of opera that will enhance their lives forever.